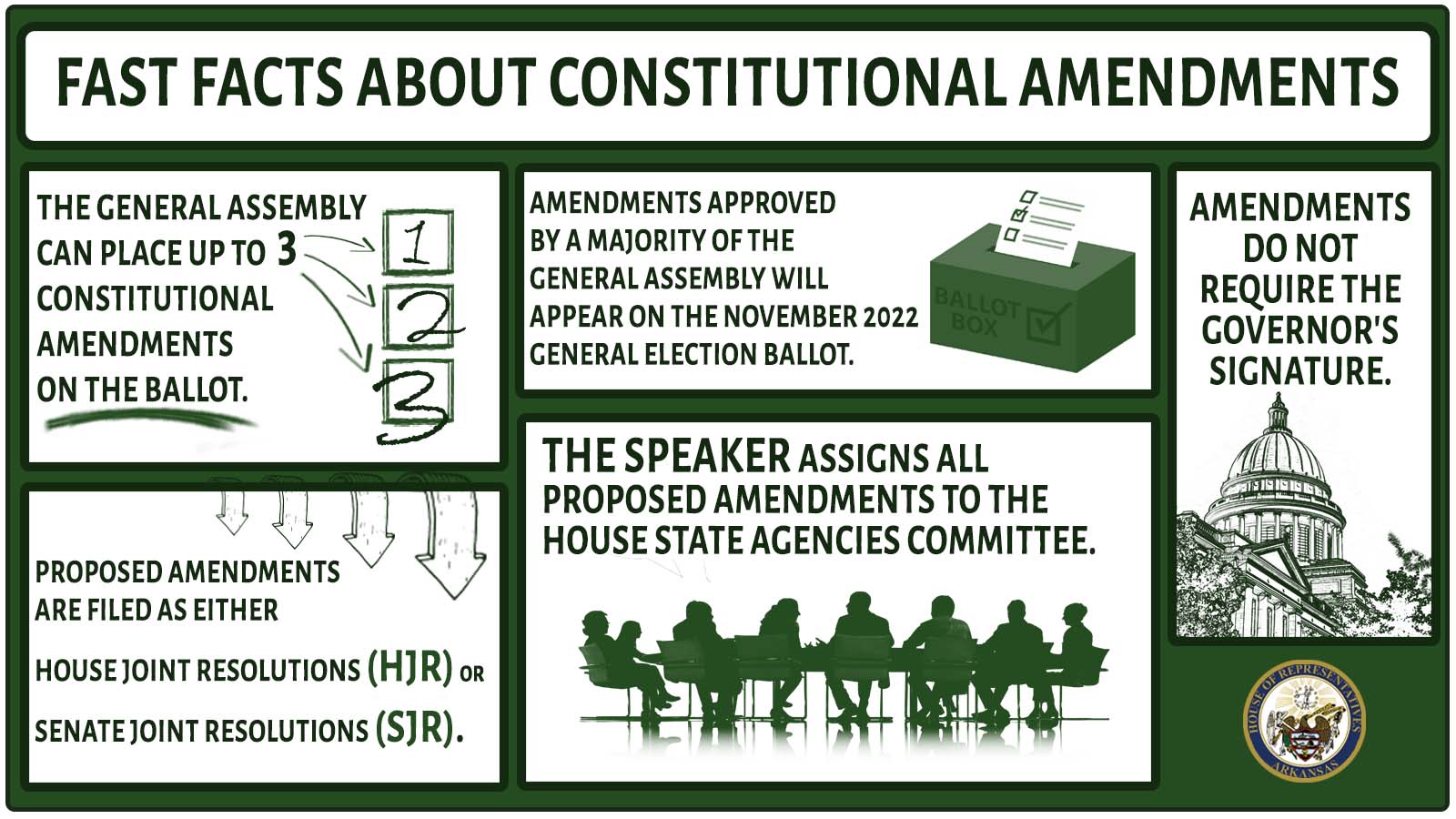 Tomorrow is the last day members can file proposed Constitutional Amendments. The General Assembly can refer a maximum of three amendments for the November 2022 General Election ballot.

The House State Agencies committee will review and vote on proposed amendments later in the session.

Meanwhile, the House passed several bills this afternoon, including the following:

HB1110-This bill requires a state entity to report security breaches to the legislative auditor. If the auditor believes the security incident significantly compromises citizens’ data or creates significant concern, the auditor will notify the Governor and legislative leaders.

HB1265-This bill amends the law concerning the unlawful passing of a school bus. It states drivers must come to a complete stop no less than 30 feet from the bus when it stops to load or unload passengers. This 30 feet perimeter would apply to public roads, private or public property open to the general public, and any driveway or parking lot belonging to a public school.

HB1017-This bill states that Arkansas would permanently adopt Daylight Saving Time when the federal government allows states to do so and when surrounding states declare their intent to do so.

HB1359-This bill allows the Division of Children and Family Services to release certain information regarding foster children, such as information needed for tax filing purposes.

HB1176-This bill would ensure that Arkansas Medicaid reimbursements for telemedicine of certain behavioral and mental health services continue after the health emergency ends.

HB1116- This is a bill to establish “Simon’s Law,” named after a Missouri child whose death led to similar laws being passed in several states. It would require health care professionals to obtain at least one parent's consent before placing a “do not resuscitate” order for a child.

The House will convene on Wednesday at 1 pm.