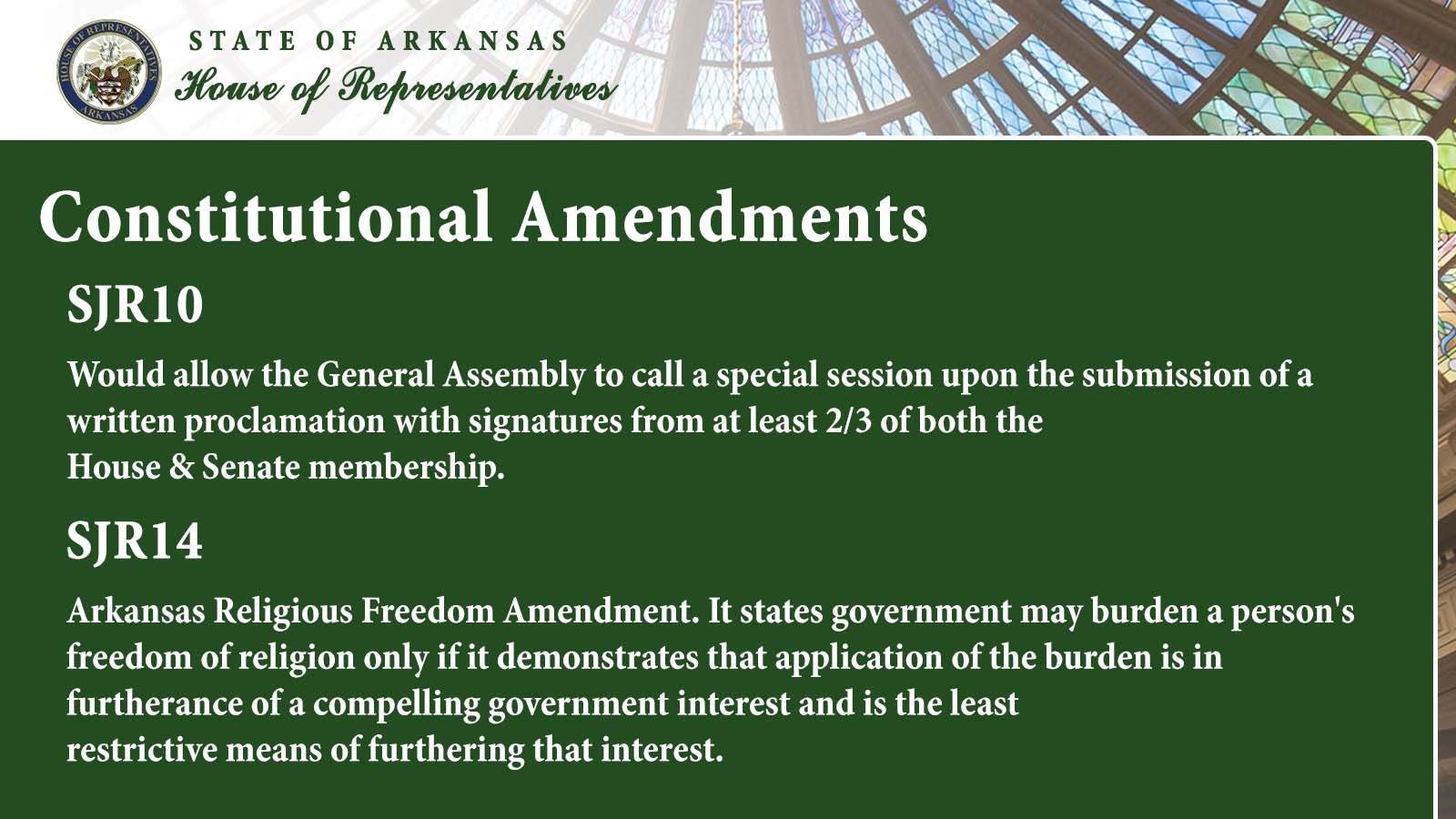 SJR10 would allow the General Assembly to call a special session upon the submission of a written proclamation with signatures from at least 2/3 of both the House and Senate membership.

SJR14-Arkansas Religious Freedom Amendment. It states government may burden a person's freedom of religion only if it demonstrates that application of the burden is in furtherance of a compelling government interest and is the least restrictive means of furthering that interest.

HJR1005 would require statewide ballot initiatives and constitutional amendments to receive 60% of the vote before becoming law.

Proposed constitutional amendments approved by the General Assembly will be on the November 2022 ballot.