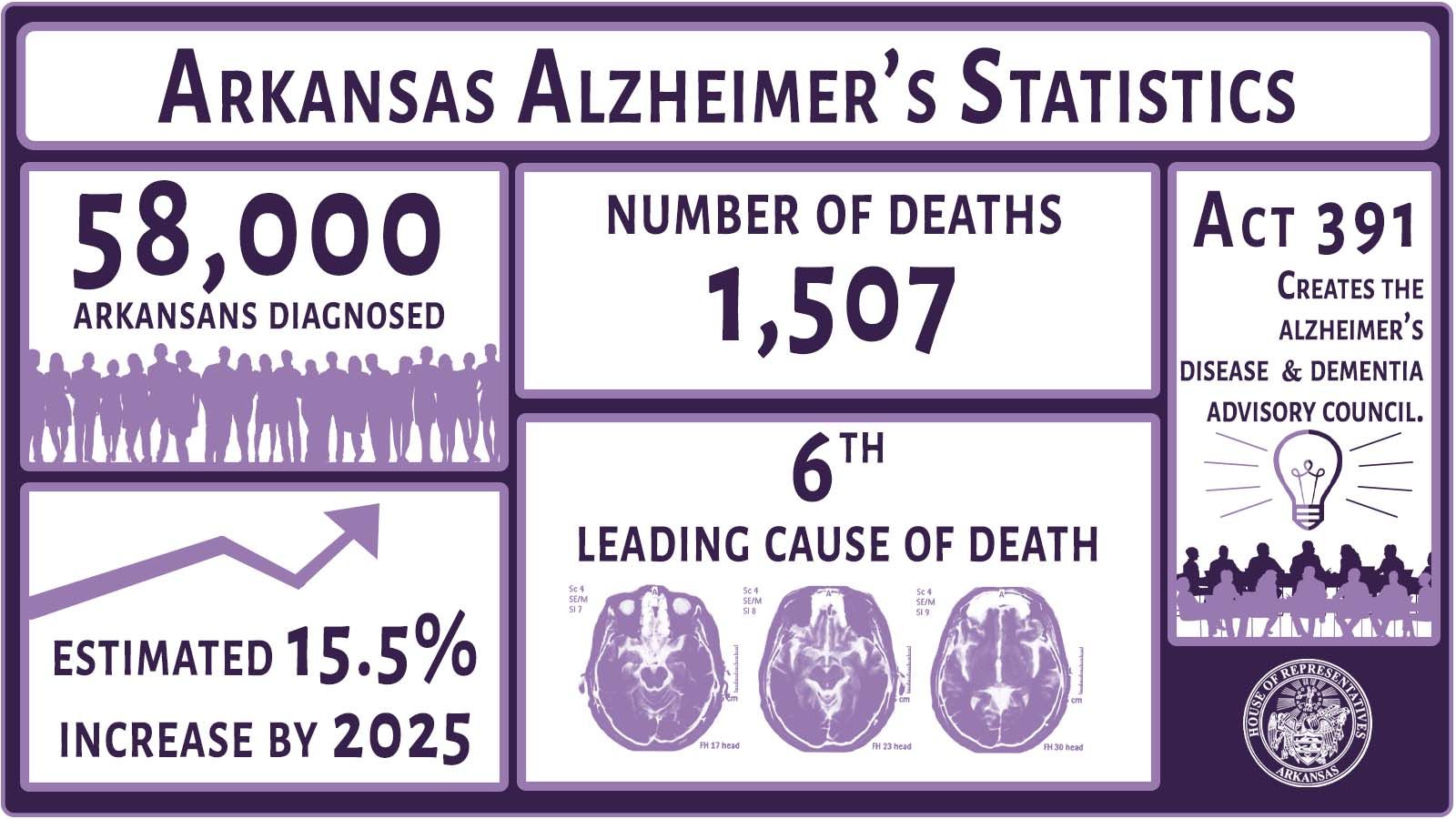 There are currently 58,000 Arkansans who have been diagnosed with Alzheimer’s. It is estimated that 67,000 will be diagnosed by 2025.
June is Alzheimer’s and Brain Awareness Month, an opportunity to hold a conversation about the brain, and share the fact that Alzheimer’s disease and other dementias are a major public health issue.
In 2019, there were 1,507 deaths from Alzheimer’s in Arkansas. That’s a 250% increase since the year 2000. It is now the 6th leading cause of death in the state.
Alzheimer's is the most common cause of dementia, a general term for memory loss and other cognitive abilities severe enough to interfere with daily life. Alzheimer's disease accounts for 60-80% of dementia cases.
Alzheimer's is not a normal part of aging. The greatest known risk factor is increasing age, and the majority of people with Alzheimer's are 65 and older. Alzheimer’s disease is considered to be younger-onset Alzheimer’s if it affects a person under 65. Younger-onset can also be referred to as early-onset Alzheimer’s.
More than 6 million Americans are living with Alzheimer’s.
The cost of caring for those with Alzheimer’s and other dementias is estimated to total $355
In the most recent legislative session, the General Assembly addressed this health issue when it passed Act 391.
Act 391 creates the Alzheimer’s Disease and Dementia Advisory Council. The council will examine the needs of individuals living with Alzheimer's disease or other dementias, services available in the state for patients and their family caregivers, and the ability of healthcare providers and facilities to meet the current and future needs. The council will make findings and recommendations in an annual report known as the State Alzheimer’s Plan.
Growing evidence indicates that people can reduce their risk of cognitive decline by adopting key lifestyle habits. When possible, combine these habits to achieve maximum benefit for the brain and body. For  more information visit HERE FOR LEGISLATION & HERE FOR THE ALZHEIMER'S ASSOCIATION