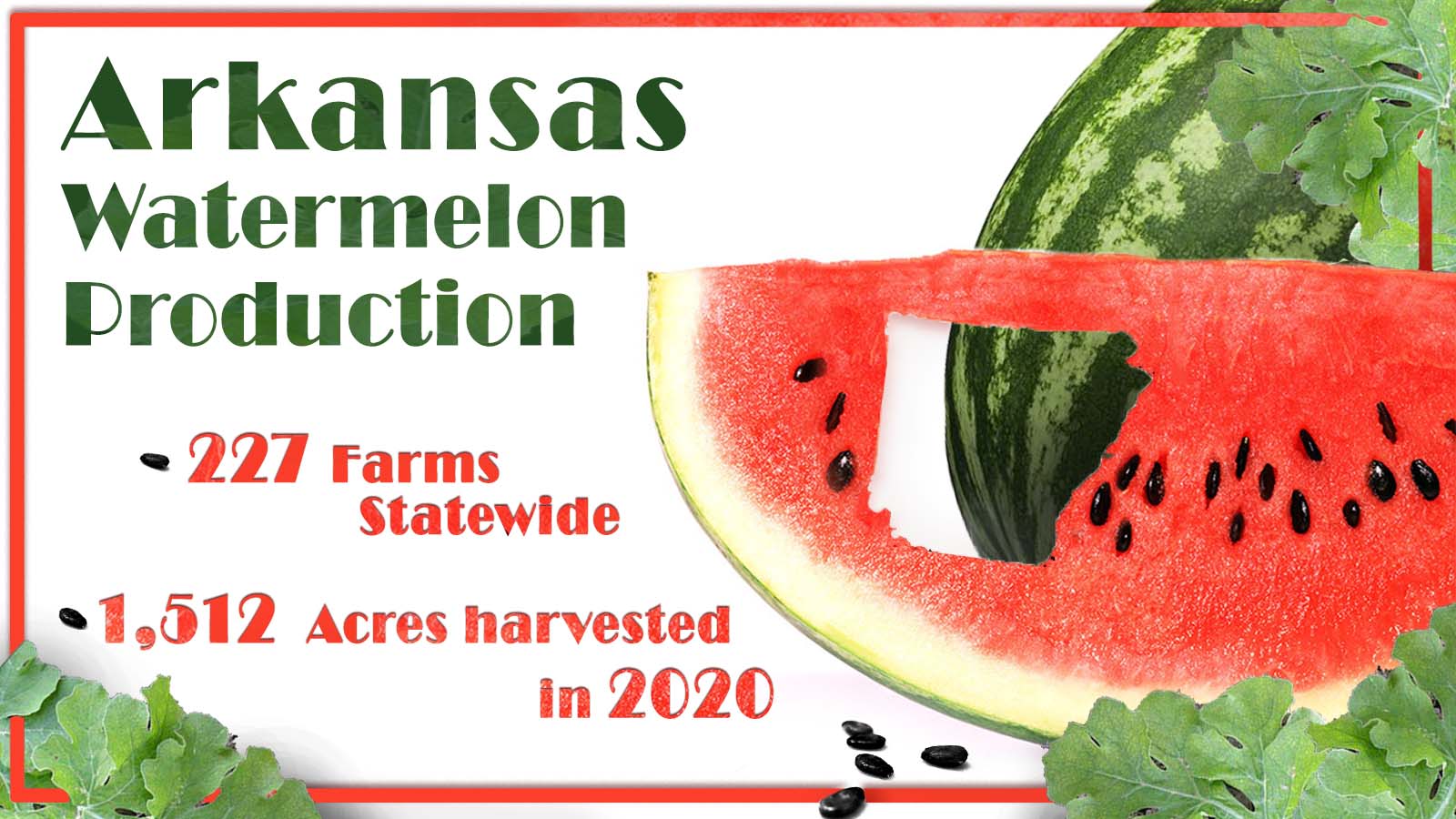 Arkansas Watermelons, A Crop Worth Celebrating

Arkansans know that no summer barbecue is complete without fresh watermelon. Our state may not be the largest producer of watermelon, but Arkansas communities lay claim to being the home of the world’s largest and the world’s sweetest.

The month of July is known as National Watermelon Month. July is typically the largest shipping month of the year, with over 15 states harvesting simultaneously.

The United States currently ranks 7th in the worldwide production of watermelon. Over 1,200 varieties of watermelon are grown across 96 countries worldwide. But the impact the crop has on communities here in Arkansas has been a cause for celebration for decades.

In Arkansas, we have more than 200 farms harvesting more than 1,500 acres of watermelons. Crops are valued at more than $5 million.

The city of Hope annually celebrates its claim as the home of the world’s largest watermelons with a yearly watermelon festival. The event first originated in 1926 and has been ongoing, though not continuous, since 1977.

And since 1980, the residents of Cave City have been coming together to celebrate the "World's Sweetest Watermelons" and reconnect with family and friends. Now, in its 40th year, the watermelon festival is the largest festival in the region.

Researchers are now finding out that watermelons are even more nutritious than previously known. The USDA's Agricultural Research Service recently identified over 1,500 small molecules of diverse chemical characters in the fruit, known as phytochemicals. They concluded that eating watermelon is an excellent way to increase your intake of antioxidants, non-protein amino acids, and lycopene. This means that every time you eat watermelon, you’ll be improving the health of your cells, organs, and nervous system.

In addition to farmer’s markets and fruit stands across the state, you can find Arkansas watermelons and any Arkansas grown produce at supermarkets by looking for the “Arkansas Grown” label. The “Arkansas Grown” logo is a registered trademark of the Department filed with the Arkansas Secretary of State. It may appear in black and white or black and green versions.

For more information including recipes and tips in finding the perfect watermelon, visit: https://www.watermelon.org/