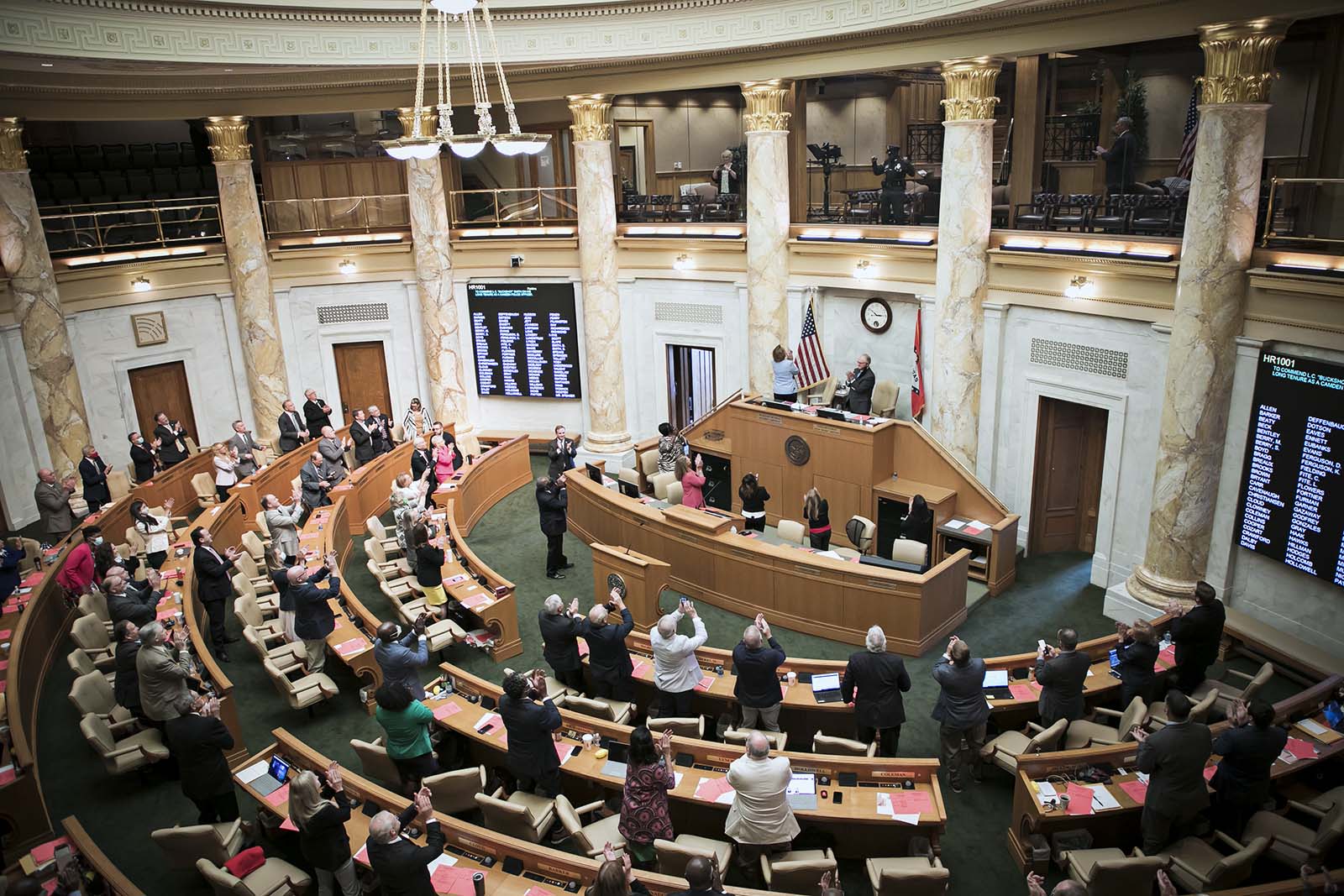 This week, House members convened in the House Chamber for two orders of business.

In accordance with ACT 403 of the Regular Session, the House convened as a committee of the whole on Tuesday, August 4, to consider whether to terminate the Governor’s July 29, 2021 declaration of a statewide public health emergency.

When it was determined that no concurrent resolutions had been filed in the House and that one resolution filed in the Senate had been withdrawn, the House adjourned its committee of the whole. Since no resolution was adopted by the General Assembly, the Governor’s declaration remains in effect for 60 days.

The House convened on Wednesday, August 4, for an Extraordinary Session.
The Governor called for the session primarily for two purposes.
The first item on the call was to allow public school boards and open enrollment charter schools to implement masking protocols for children under 12. Children under 12 are currently not eligible to receive the vaccine for COVID-19.
The second purpose listed on the call was to concur with the Governor's decision to terminate the state’s participation in federal pandemic unemployment compensation program often referred to as PUA.
In response, to the call the House considered two pieces of legislation
HB1001 outlines the General Assembly’s concurrence with the termination of PUA in Arkansas.
This bill passed in the House with a vote of  74-17-0

HB1003 stated that a public school district can mandate the use of a face mask, shield, or other face covering only with approval of the school board and if the district or area served by an open-enrollment charter school has a fourteen-day COVID-19 infection rate of at least 50 new known infections per 10,000 residents of the public school district based on the most recent data published by the Department of Health or the Arkansas Center for Health Improvement. Currently, 100 school districts meet that criteria.

HB1003 outlined certain exemptions and limits such mandates to 60 days. This bill underwent Committee review, but did not advance to the House floor. The House adjourned the special session on Friday, August 6.

We will continue to update you on the actions of the General Assembly regarding the current emergency.

All of our meetings are streamed live and archived on our website www.arkansashouse.org.