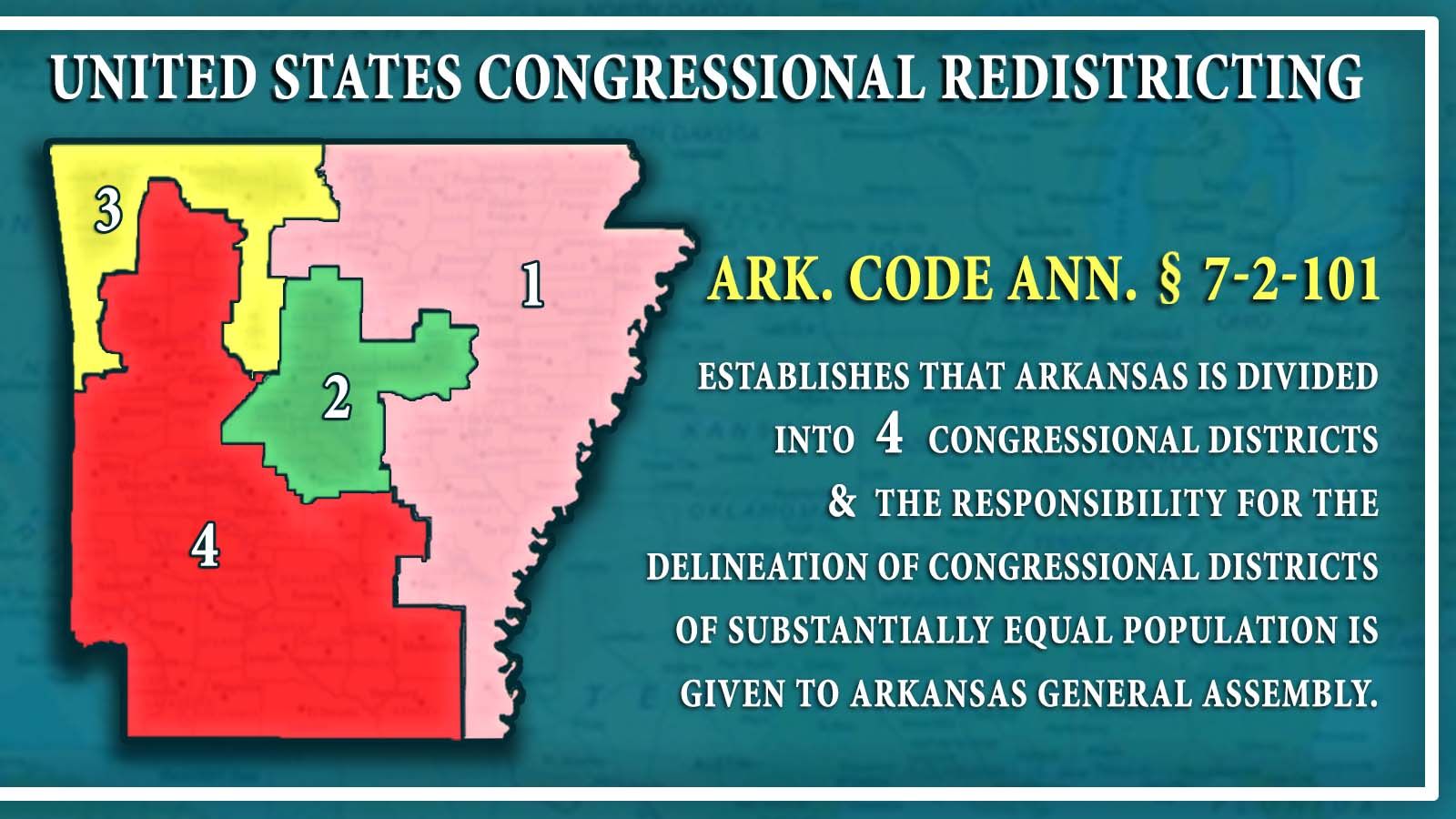 The House State Agencies and Governmental Affairs Committee met on Monday to begin the discussion on the redistricting process for Congressional districts in Arkansas.
Redistricting is the periodic redrawing of district boundaries that elected representatives who serve specific geographic areas.
The periodic updating of districts must be done because, in a series of 1960’s cases, the U.S. Supreme Court held that districts must be equal in population. This is known as the “one-person, one-vote” requirement.
Arkansas code establishes that Arkansas is divided into four congressional districts, and the responsibility for the delineation of congressional districts of the substantially equal population is given to the Arkansas General Assembly.
The Board of Apportionment is responsible for drawing the boundaries of state legislative districts. The Board of Apportionment is comprised of the Governor, the Attorney General, and Secretary of State. The Board of Apportionment is holding meetings across the state, and the list of these events is found at www.arkansasredistricting.org.
On Thursday, the U.S. Census Bureau released its numbers. It shows the population of Arkansas is now 3,011,524, an increase of 3.3% since 2010. Northwest Arkansas saw the most amount of growth in the past decade.
Receiving this data is the first step. A software vendor contracted by the General Assembly will now begin entering the data in a format to allow members to draft potential maps.
We expect to return to the Regular Session soon after that process is complete.
The maps ultimately adopted by the General Assembly must be as nearly equal as possible and must not limit the right to vote of any racial minority.
All legislative meetings regarding redistricting are open to the public, and there is time set aside for public comment.
You can also watch the meetings live and recorded on our website www.arkansashouse.org.