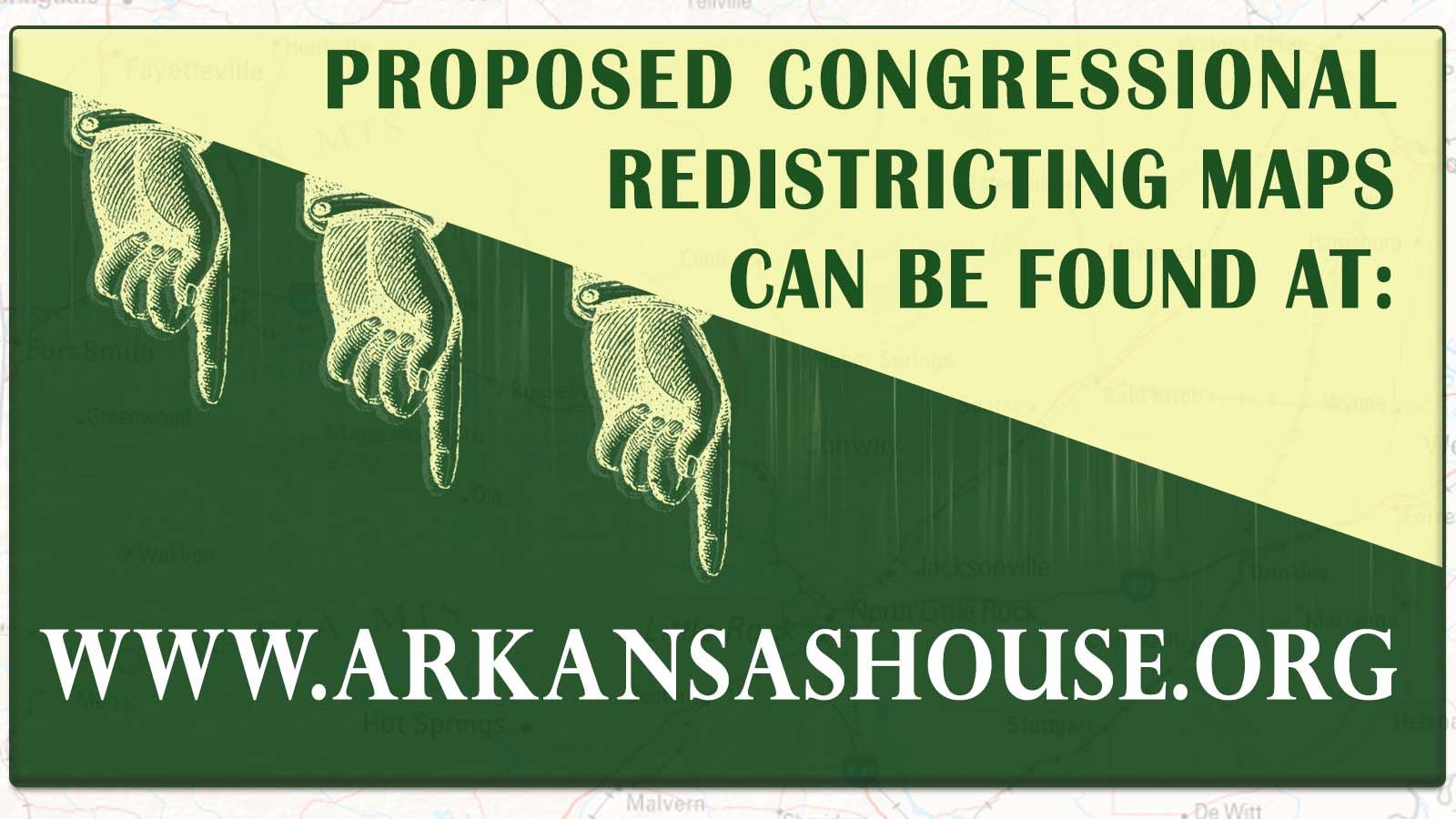 House members are expected to return to the Capitol on Wednesday, September 29, to take up congressional redistricting.

The Arkansas legislature reviews congressional districts after every U.S. Census to see if changes to boundary lines are needed. This once-a-decade review process is called “redistricting.”

Arkansas is divided into four congressional districts.
Traditionally, the legislature votes on those new boundaries at the end of a Regular Session. This year, however, there was a delay in the census gathering and release of data.

In April of this year, the 93rd General Assembly voted to take an extended recess until the data became available.The data shows that some areas of the state have increased in population more than others. Our task now is to redraw the congressional boundaries to ensure they are as equally populated as possible.

You can find links to the proposed maps presented this week at www.arkansashouse.org. On the website, you can also find links to live streams and recorded videos of previous meetings.

As a reminder, the Arkansas Board of Apportionment is responsible for redrawing the state senate and state representative districts. The board consists of the Governor, Attorney General, and Secretary of State. You can find more information on that process at www.arkansasredistricting.org.