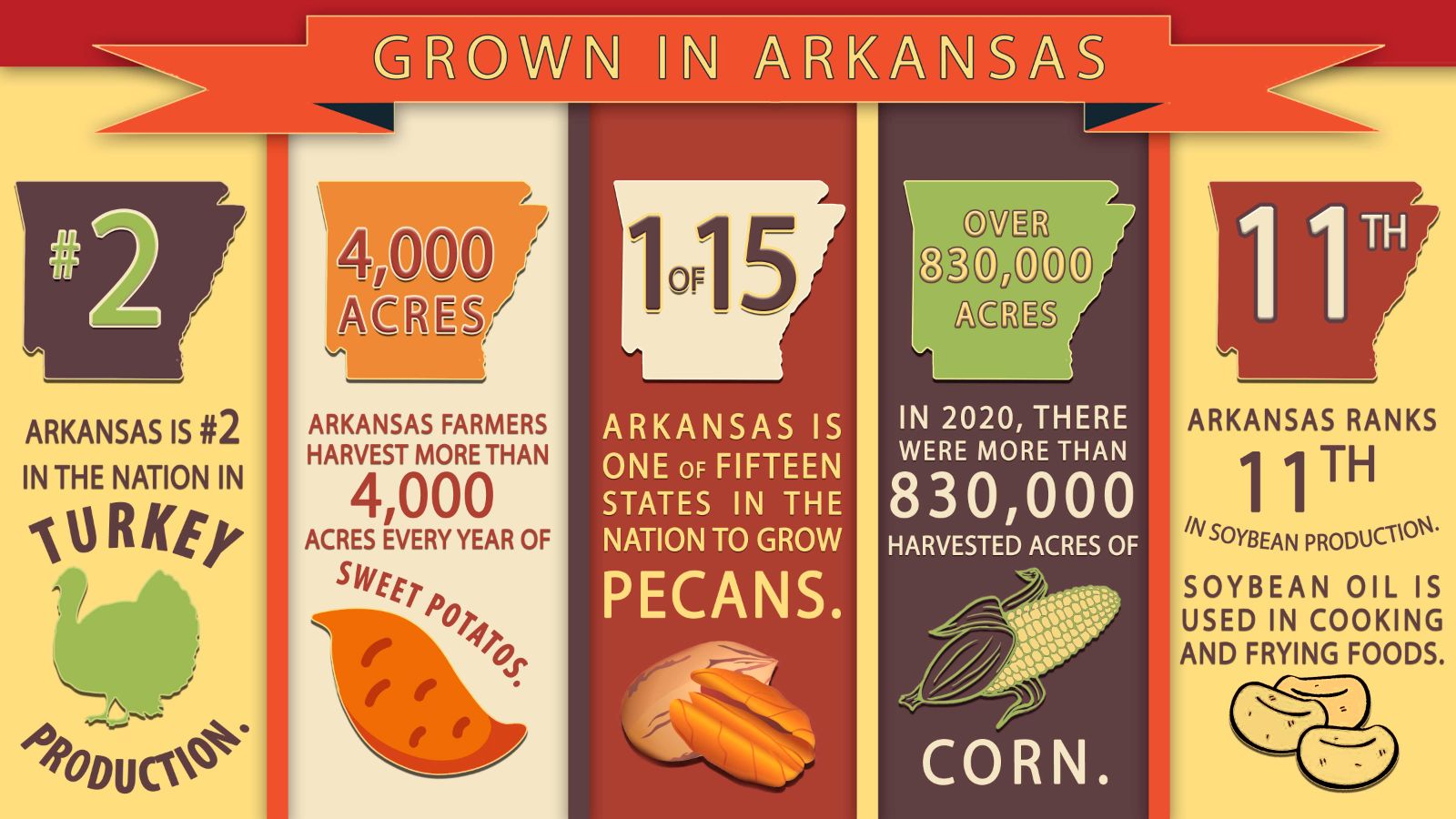 Next week, most of us will gather around a table with family and friends and think about the things we are most thankful for. This year, we encourage you to think about the men and women who helped bring your meal to the table.

Arkansas farmers made not only your meal but countless meals across the country possible.

In 2020, Arkansas poultry producers raised 31 million turkeys. We rank 2nd in the nation for turkeys raised, accounting for 14% of all turkeys raised in the United States.

The industry is responsible for approximately $4.3 billion in total economic activity throughout the state and supports more than 17,500 Arkansas jobs.

Arkansas ranks 18th for corn production in the United States, with Arkansas, Lee, and Craighead counties being the top three producing counties. Over 111 million bushels of corn were produced last year in Arkansas on 830 thousand acres.

On the surface, soybeans may seem unrelated to your thanksgiving feast. But soybean meal, oil, and soy foods are key to making some of your favorite family traditions possible. Soybean oil is used to make hundreds of foods, including mayonnaise, peanut butter, and ranch dressing. These special ingredients may be the secret to pulling off the perfect pumpkin pie, casserole, and stuffing.

Arkansas farmers may have contributed to your dessert menu as well, especially when it comes to the pies. Arkansas has more than 15,736 acres of pecan trees. Arkansas’ commercial pecan production contributes an average of $11 million to the state’s economy every year. The 87th General Assembly designated the pecan as the official nut of Arkansas.

Agriculture is Arkansas’ largest industry, providing more than $21 billion in value to Arkansas' economy annually. We thank our farmers for the meal this Thanksgiving and for providing for our dinner tables every day of the year.

You can help show your appreciation to our Arkansas farmers and food service workers by looking for the “Arkansas Grown” label at your local supermarket.