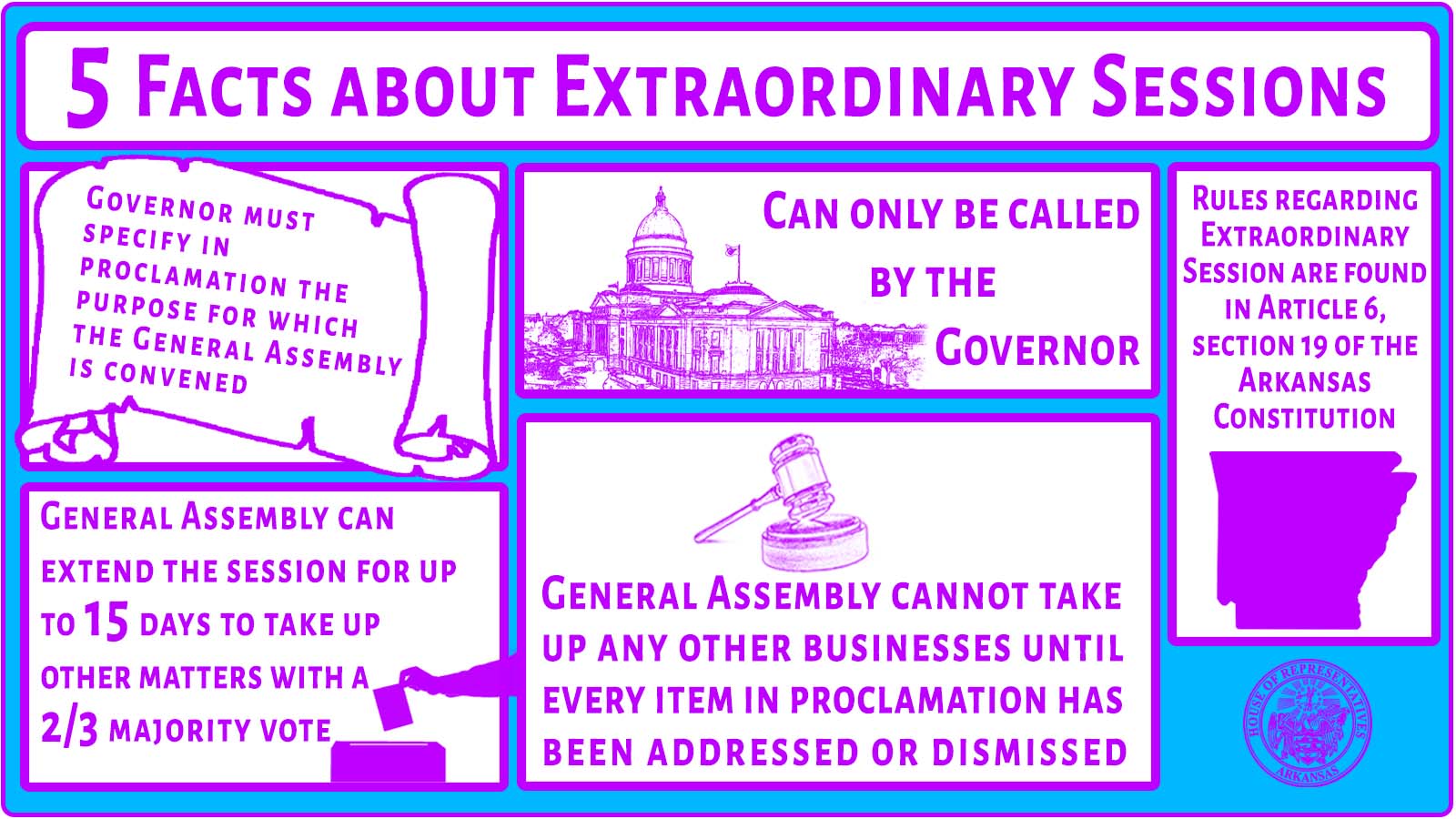 The General Assembly is scheduled to convene for an Extraordinary Session on Tuesday, December 7.

The Arkansas Constitution says Extraordinary Sessions, often referred to as special sessions, can only be called by the Governor.

The Governor announced this week he is calling the session to address tax cuts and several miscellaneous items of legislation.

The proposal would also gradually reduce the corporate income tax rates to 5.3% by tax year 2025.

Taxpayers whose taxable income is at or below $23,600 and who timely file a tax return receive a $60 nonrefundable tax credit under the legislation.

The Governor is also expected to ask the General Assembly to transfer funds from the General Allotment Reserve Accounts to Restricted Reserve Accounts, approve appropriations for American Rescue Plan funds, and consider expanding tax credits for an economic development project.

The other items before the legislature will include technical corrections in previous passed legislation. We will post all the legislation on our website.

Article 6, section 19 in our state constitution outlines the procedure for Extraordinary Sessions. It states the Governor must specify in the proclamation the purpose for which the General Assembly is convened.

The session will be live-streamed and archived at www.arkansashouse.org.