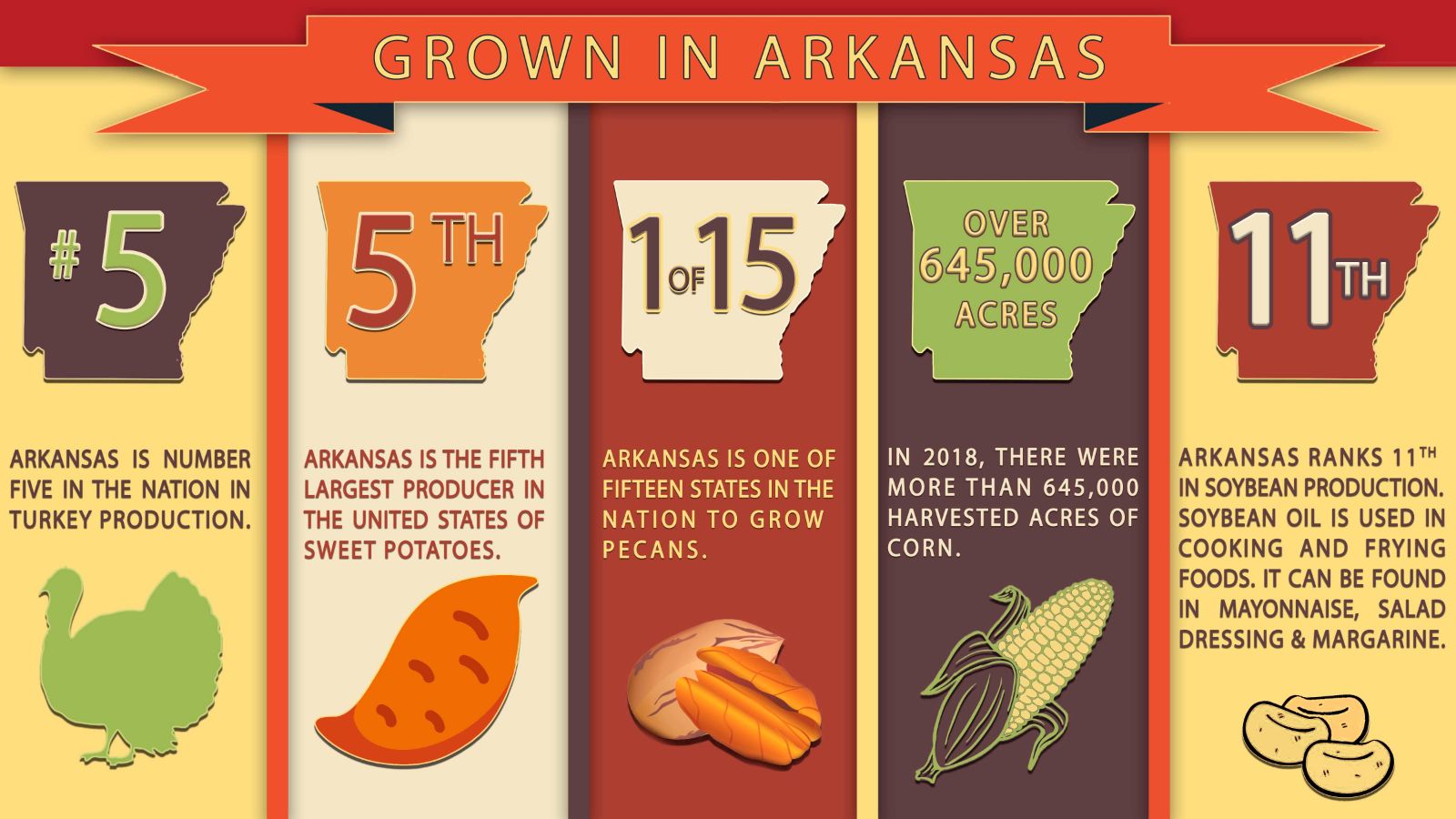 As we approach Thanksgiving, it’s important that we show our gratitude to our farmers.  A thanksgiving feast would not be the same without the contribution of Arkansas agriculture.
Arkansas ranks 5th in the nation in turkey production. In 2018, 595,350 pounds of turkey were produced in Arkansas poultry farms. In fact, turkey production creates more than 14,000 jobs in the state.
Arkansas is also the 5th largest producer of sweet potatoes. There were 4,800 acres of sweet potatoes harvested last year.
Although few go shopping for actual soybeans for Thanksgiving, there is a very good chance the soybean plays a significant part in your feast.  This year Arkansas ranked as 11th in the nation in soybean production.
Soybean oil is used in cooking and frying foods.  Margarine is a product made from soybean oil.  Salad dressings and mayonnaises are made with soybean oil.  It is also used for animal feed for farm animals.
And don’t forget about rice. Whether mixed with broccoli and cheese or butternut squash, this side dish most likely began its journey on an Arkansas farm.  More than 40% of all rice in the United States is grown in our state.
Arkansas farmers may have contributed to your dessert menu as well, especially when it comes to the pies.
We are one of 15 states to grow pecans. There were more than 15,000 acres of pecans harvested in Arkansas last year. And while we are proud to be home to many pumpkin patches across the state, we do not produce enough to support every supermarket.  Arkansas pumpkins, however, can be found at your local farmers markets or pumpkin patch.
With 42,500 farms in our state, farmers are the backbone of our economy. Arkansas consistently ranks in the top one-third of the nation for agricultural cash farm receipts.
Rain or shine, our farmers work early mornings and late nights.
So this holiday season, thank a farmer.  And look for the “Arkansas Grown” label at your local supermarket as another way to show your appreciation.