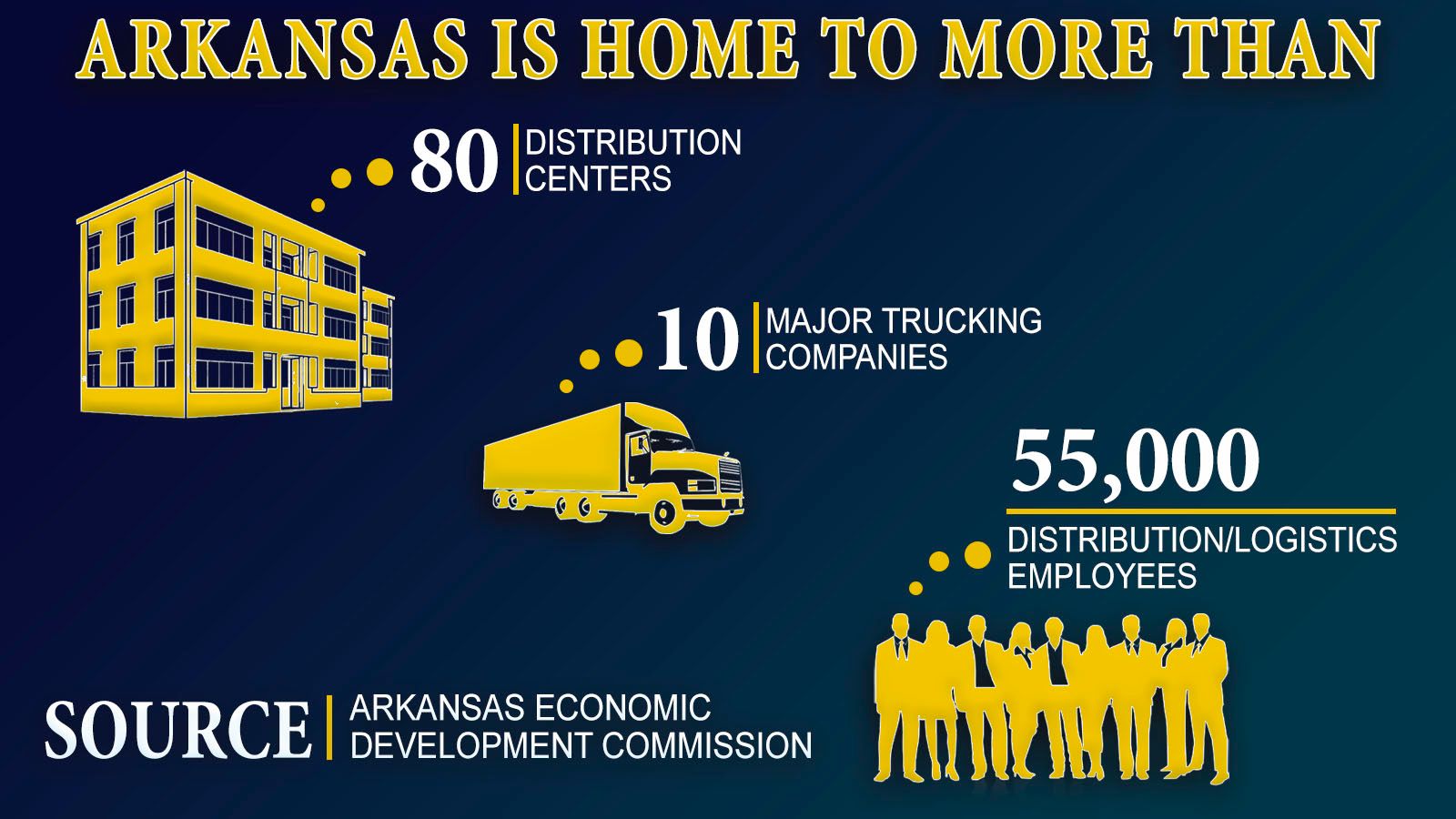 From delivering the food to the grocery store shelves to stocking up retail stores with must have gifts, the trucking industry touches every aspect of the holidays.

As the trend towards online shopping continues, the trucking industry continues to provide critical infrastructure for our nation. Arkansas companies play an important role in providing drivers and logistics.
As a midway point between Mexico City and Montreal, our central location enables Arkansas to have a large and growing distribution and logistics services sector. Arkansas offers access to a market of 100 million people within a 550-mile radius of the state. That represents 40% of the total U.S. population.
More than 85,000 Arkansans are employed at more than 80 distribution centers and 10 major trucking companies in the state.
Arkansas is home to two transportation companies on Fortune magazine's list of the largest 1,000 companies in the United States, based on annual revenue - J.B. Hunt Transport Services, Inc. and ArcBest. And of the 25 largest employers in the state, 20% are in the transportation services sector.
The trucking industry is a growing industry. Nationwide, the number of trucking businesses grew 15.9% between 2012 and 2016, outpacing total growth across all industries. This translates into an increase of 200,000 workers in the trucking industry during that time period.
According to the U.S. Census Bureau, at least one in 10 truckers are veterans, double the rate of workers in general.
The Census Bureau also notes the demographics of new truckers is changing. Among younger truckers under age 35, more of them are women and they are more educated than their older counterparts. They’re also more urban. The percentage of young truck drivers coming from rural areas is about half that of older truckers, with fewer than 20% of younger truckers living in rural areas.
Although many truckers work a regular 40-hour workweek, almost half of truckers work longer hours. And many are working extra hours during this season. So if you see or know a trucker, thank them this season for tackling one of our economy’s most demanding and important jobs.