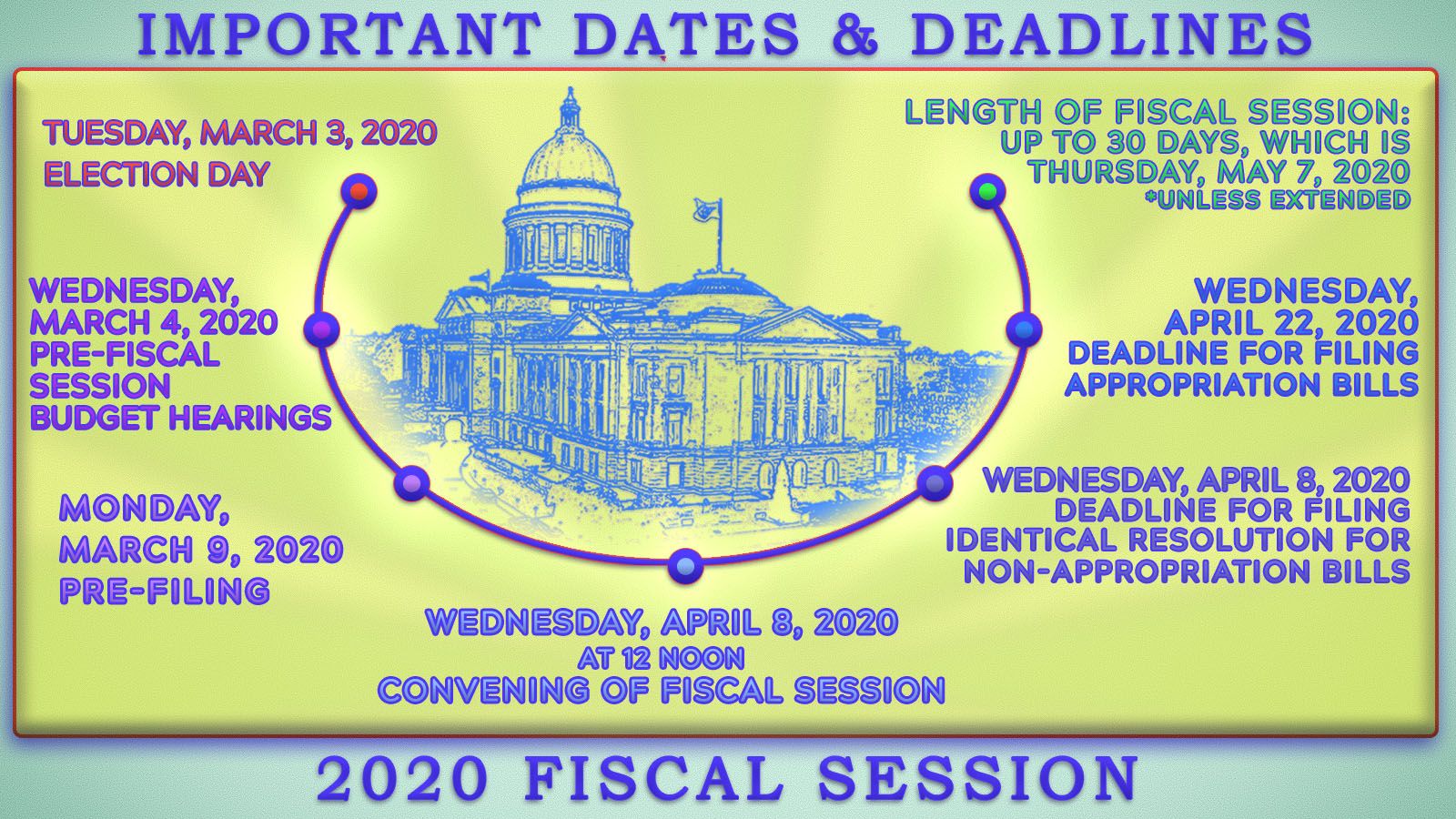 As many of you are reflecting on 2019 and setting goals for 2020, we want to remind you of what’s ahead for the Arkansas House in the New Year.
In less than 10 weeks, Arkansans will be heading to the polls to cast ballots in the March 3 primary.
This year, the General Assembly passed Act 545 which provides for a March preferential primary election in the years in which the office of President of the United States is voted on and a May preferential primary election in the years in which the office of Governor is voted on.
Fiscal sessions have been held on the second Monday in February on even-numbered years. However, Act 545 states that on years in which the preferential primary is held in March, the General Assembly will instead meet for a fiscal session on the second Wednesday of April.
This means we will begin pre-fiscal session budget hearings the day after the primary election, March 4.
The hearings are expected to continue through March 12.
Members can begin filing bills for the session on March 9. We will convene on April 8.
In 2008, Arkansans approved Amendment 86 which created fiscal sessions on even-numbered years. Only budget bills are to be considered during a fiscal session. If any member wishes to file a bill other an appropriation bill during a fiscal session, then 2/3 of both chambers must first vote on a resolution to allow such a bill to be filed.
Amendment 86 is also very clear about keeping these sessions brief.  Fiscal Sessions can only be 30 days long.  They can be extended one time for 15 days only if ¾ of both chambers agree.
We head into this New Year with an optimistic financial outlook. State revenue reports continue to exceed economic forecasts. And the unemployment level is at 3.6%.
Just as you do with your budget, our job in the weeks ahead will be to prioritize spending. As a reminder, all of our budget hearings are live-streamed and recorded on our website www.arkansashouse.org.