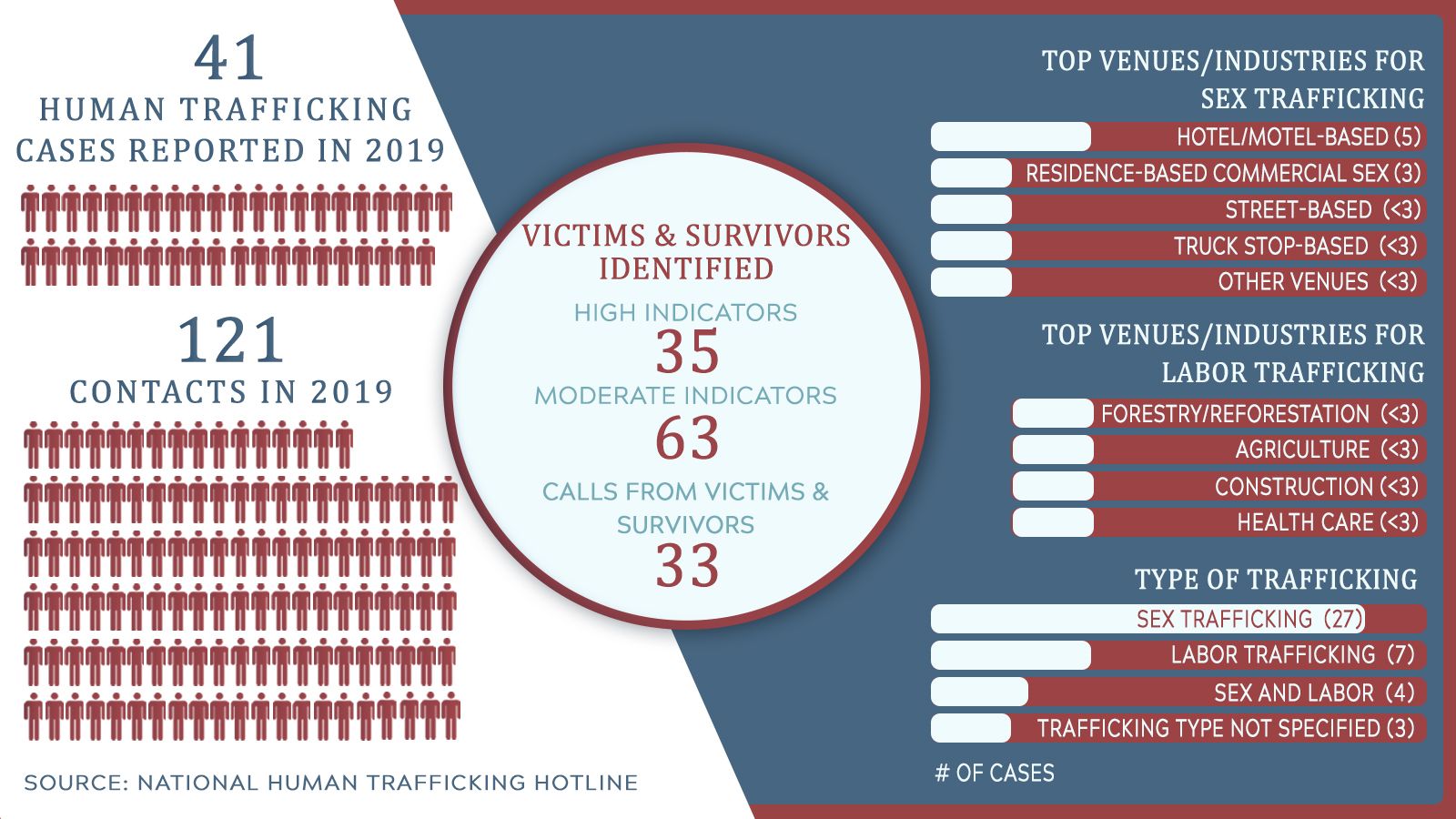 Millions of men, women, and children are trafficked every year. According to the National Human Trafficking Hotline, reports of trafficking can be found in every state including Arkansas. In fact, 121 calls from Arkansas came into the hotline last year resulting in 41 possible cases identified.

Human trafficking is modern-day slavery. It involves the use of force, fraud, or coercion to obtain some type of labor or commercial sex act. It can happen in any suburb, rural town, or city.
The National Human Trafficking Hotline reports that of the calls placed from Arkansas last year, 35 relayed information with a high indication that trafficking was taking place. The hotline also reports 33 calls made were from victims or survivors.

In recent years, the Arkansas General Assembly has passed legislation addressing human trafficking. In the 2019 Regular Session, we passed the following:
ACT 937 requires the Department of Education and the Department of Human Services to collaborate on providing awareness and training materials to local school districts on human trafficking that include strategies for the prevention of child trafficking.
ACT 842 includes evidence of a person's prior sexual conduct that was committed when the person was a victim of human trafficking under the state's rape shield law. Rape shield laws forbid certain evidence in a trial that is believed to be prejudicial and harassing.
ACT 536 amends the offenses that disqualify an individual from receiving a first time teaching license or renewal of a teaching license, including adding as disqualifying offenses the trafficking a person or patronizing a victim of human trafficking.

Human trafficking is a crime that hides in plain sight. Often, it simply takes an astute police officer, hotel worker, or bystander to notice and speak up—and save a victim. To report trafficking call 1-888-373-7888 or text 233733. You can also chat live with an operator at www.humantraffickinghotline.org .