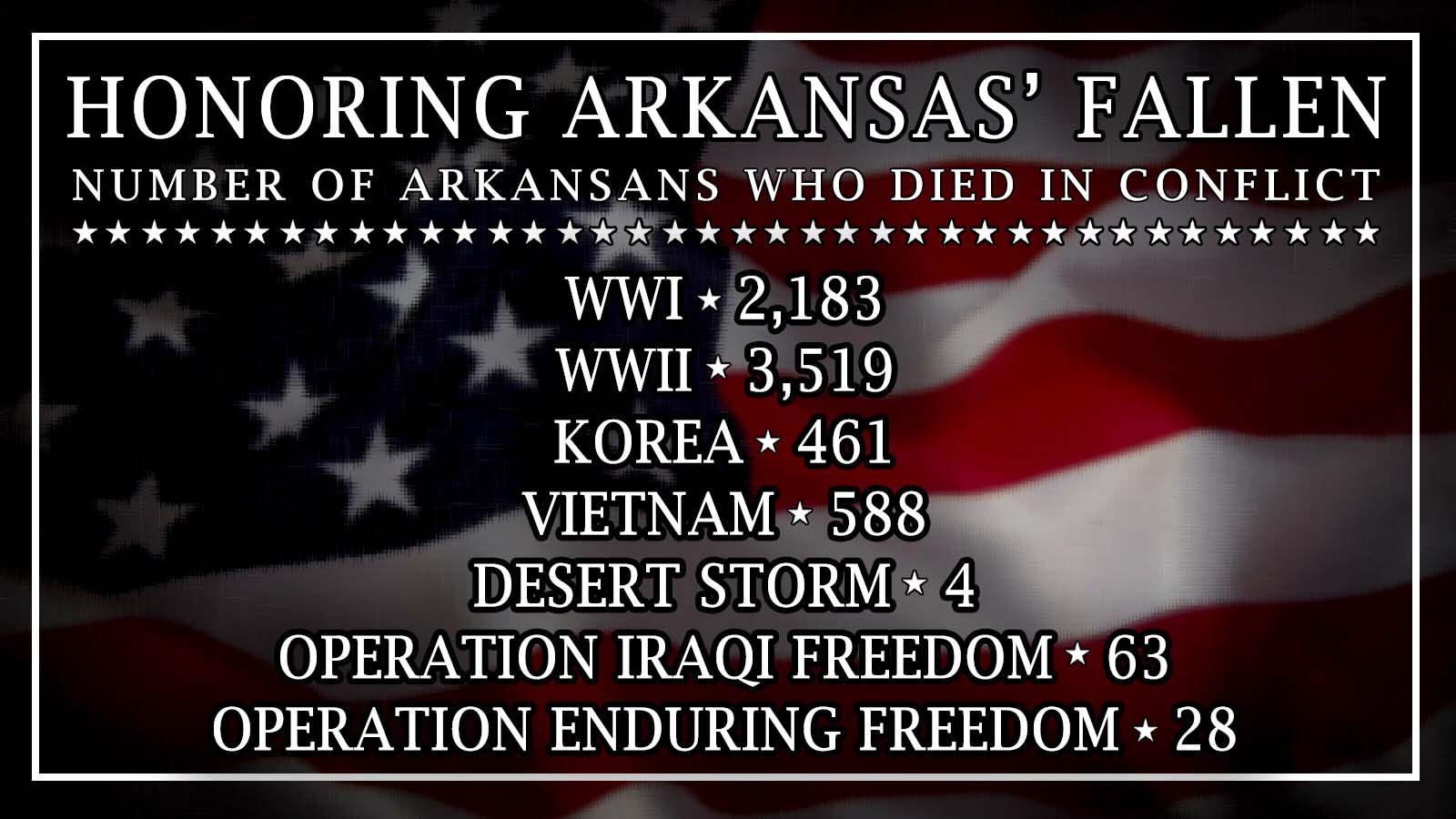 Memorial Day will be different this year. The threat of the coronavirus will limit the large gatherings of people who typically come together at ceremonies.
But the virus cannot stop us from taking a moment of private reflection to honor the sacrifice of our men and women in uniform who died protecting freedom.
Arkansas was and is home to so many brave men and women who deserve our recognition.
Our state lost 2,183 Arkansans in World War I.
World War II had a great economic and social impact on the people of Arkansas. During the war, an estimated 194,645 Arkansans served the nation in the various branches of the U.S. armed forces. That was approximately 10% of our state’s population in 1940. As a result of combat, 3,519 Arkansans lost their lives.
Arkansans continued to answer the call to serve.  There were 461 Arkansans who lost their lives in the Korean War and 588 during the Vietnam War.
We lost 4 of our own in Desert Storm, 33 in Operation Iraqi Freedom, and 28 in Operation Enduring Freedom.
And today, there are thousands who serve willing to put their lives on the line to protect our freedom still.
In 2017, the Arkansas General Assembly passed Act 281 which instructed the Secretary of State to erect a monument honoring Gold Star Families.  The monument is located directly behind the Capitol and was dedicated last fall. The Gold Star Family Memorial Monument honors those families who sacrificed more than most of us and illustrates that the United States has citizens in every community willing to make such sacrifices.  It further illustrates that families suffer and grieve when a dear relative is lost, and without their sacrifices, freedom could not and would not have been preserved.
Monuments and ceremonies are just two of hundreds of ways to honor our men and women in uniform, but the one act of appreciation each of us can do, even in the middle of a pandemic, is to be the kind of American worth fighting for.