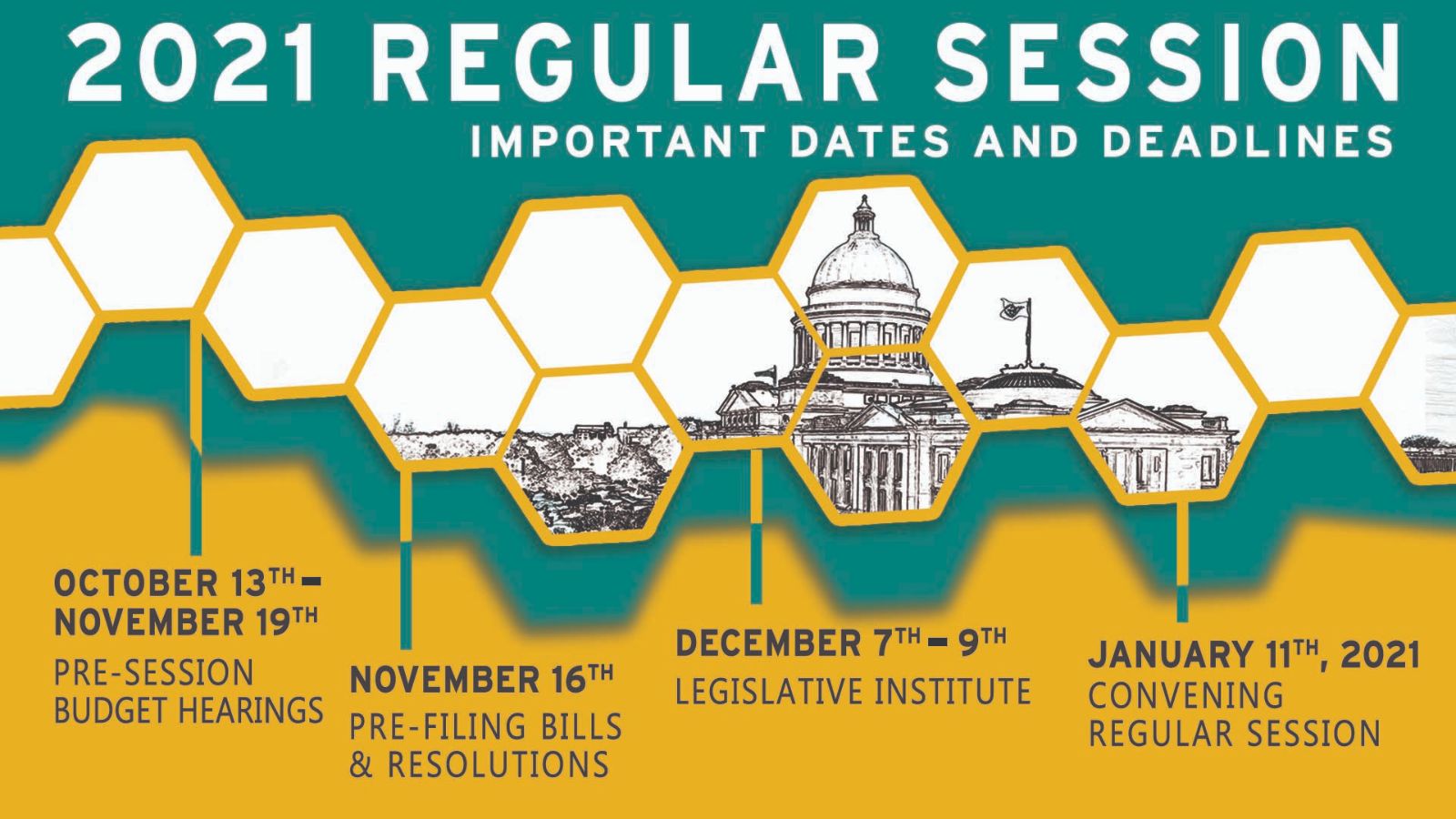 The 2021 Regular Session begins in less than two months. We want to take this week to update you on the ongoing budget hearings in preparation for the session.

Pre-session budget hearings have been extended. They began last month and will continue from now to November 19.

The proposal includes recommendations for one-time funding from the $240 million expected budget surplus. Those recommendations include a transfer of $100 million to the Long Term Reserve Fund and a $30 million transfer to the Department of Commerce for rural broadband.

By law, the Governor is required to submit a balanced budget proposal. While we take the proposal from the executive branch into consideration, appropriation bills and the budget are ultimately drafted and voted on by the legislature.

Currently, state funding is $6,985 per student. The committees' recommendation increases the amount to $7,131 next year and to $7,281 in Fiscal Year 2023. The committees' proposal is also reflected in the Governor's proposed budget.

This week, the Department of Finance and Administration issued its economic forecast. For the next fiscal year, the department expects state revenue to increase by $172 million or 3% more than the current fiscal year. The short-term outlook for the Arkansas economy remains mixed. The forecast states there are noticeable lags in recovery by travel, conventions, and full-service restaurants.

As a reminder, members can begin filing bills for the upcoming legislative session on Monday, November 16. You will find a link to all recently filed legislation on our website, www.arkansashouse.org. We have also posted the General Revenue Forecast and the Governor's Balanced Budget.