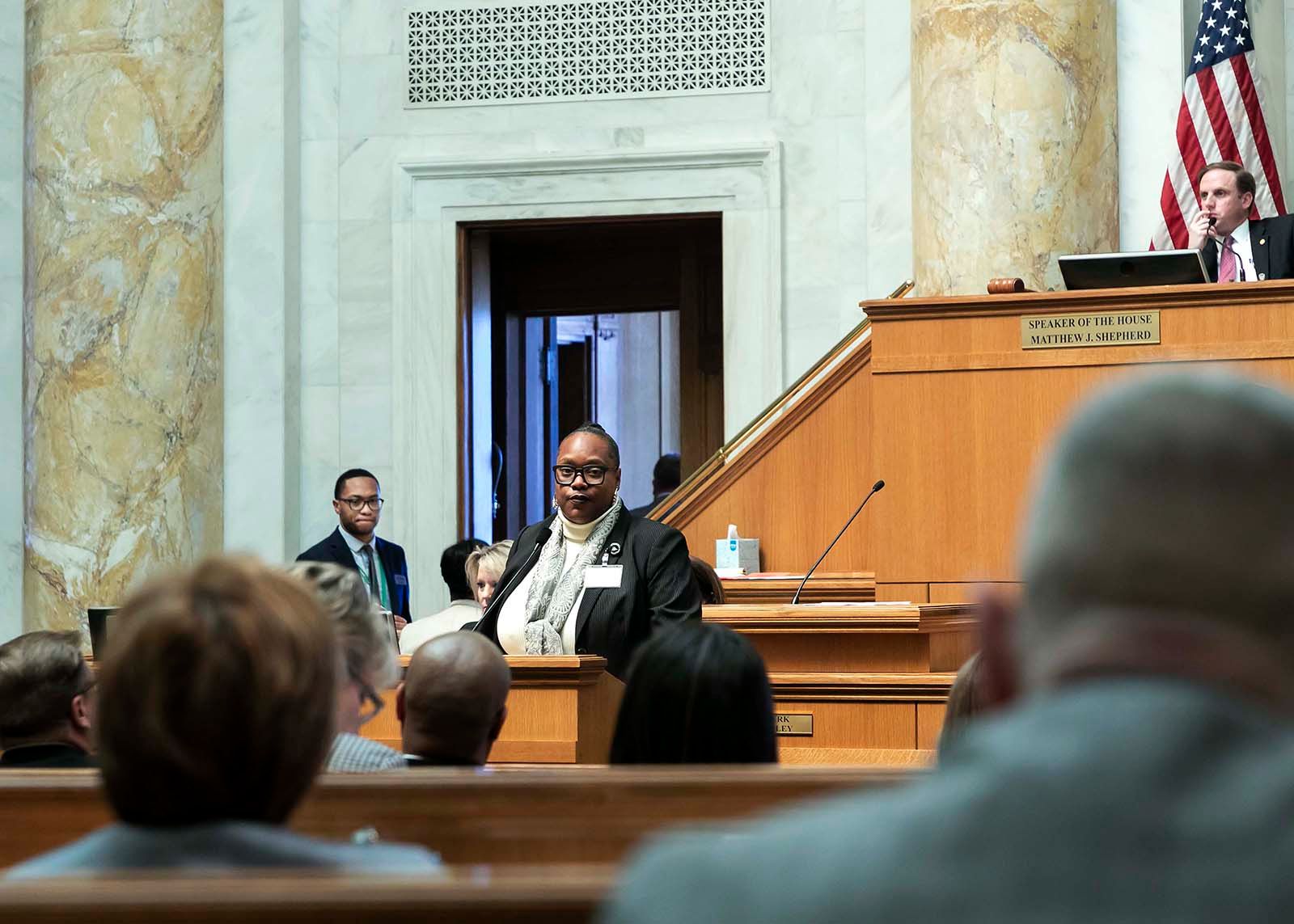 “It is an incredible honor to receive this recognition from an organization I love and deeply value,” said Rep. Flowers. “I have been aware of the important work of NBSCL since my days before I was elected when I worked as a legislative staffer.”

In recent months, Rep. Flowers has chaired the NBCSL COVID-19 Working Group addressing the impact of COVID-19 on minority populations.

In addition to the award, Rep. Flowers was also elected as the NBCSL national secretary during the annual conference.

Rep. Vivian Flowers is serving her third term in the Arkansas House. She represents District 17 which includes a portion of Pine Bluff and Jefferson County.

Rep. Flowers earned a degree in Political Science and Professional and Technical Writing from the University of Arkansas at Little Rock. She went on to earn a Master’s Degree from the Clinton School of Public Service. She currently resides in Pine Bluff.