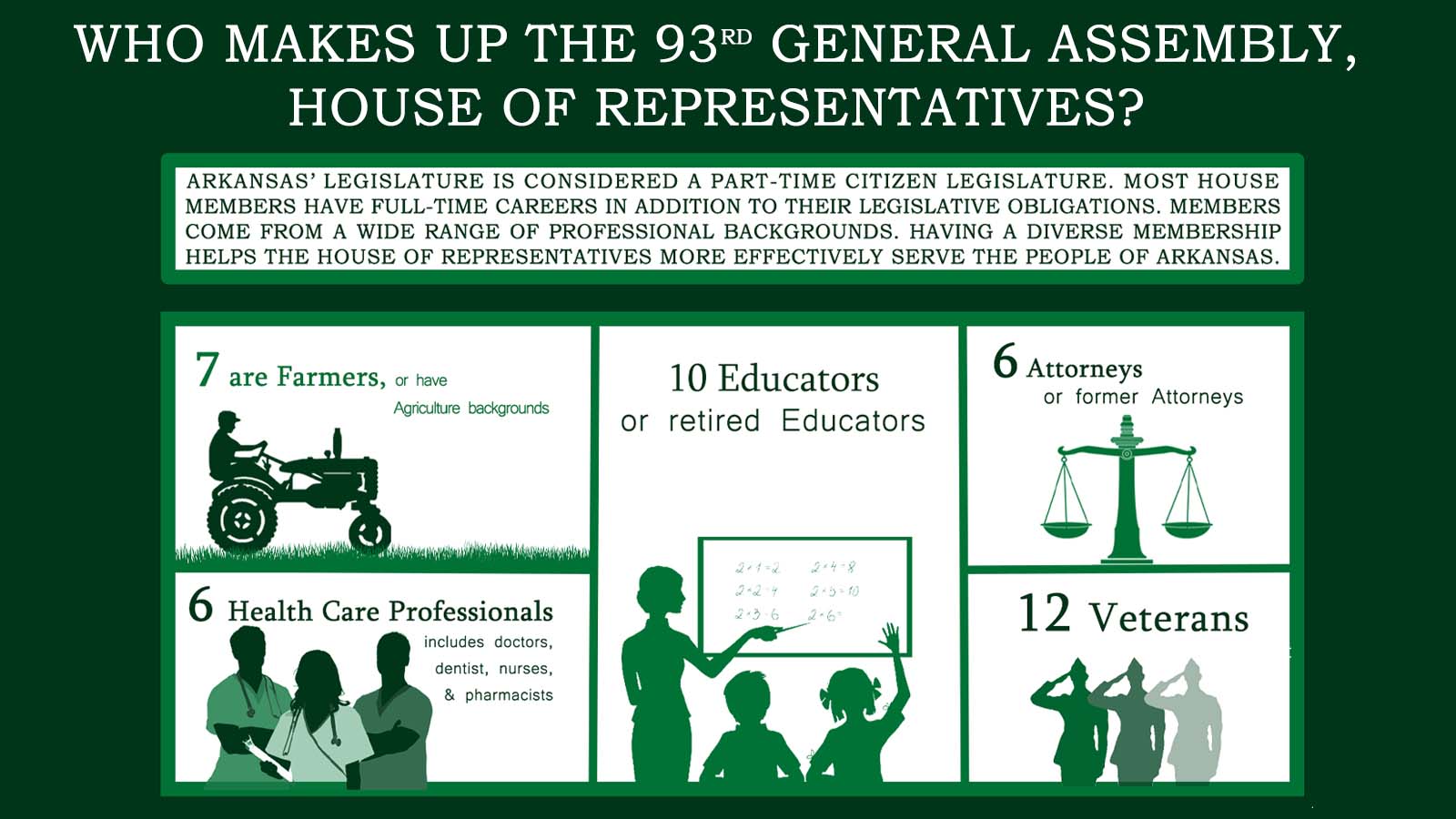 Arkansas’ legislature is considered a part-time citizen legislature. Most House members have a full-time career in addition to their legislative obligations. Members typically come from a wide range of professional backgrounds and the 93rd General Assembly is no exception.
The state’s largest industry is well represented as 7 members will bring an agricultural background to the House.
There will be six members who either currently work or previously worked in the healthcare industry. The professions include doctors, nurses, pharmacists, and dentists.
There will be six attorneys and 10 members who are currently teachers, professors, or former educators.
Several incoming members are small business owners. Other professions include real estate agents, engineers, consultants, a television producer, and a pastor just to name a few.
Having a diverse membership helps the House of Representatives more effectively serve the people of Arkansas. For the 93rd General Assembly, the House membership will not only be diverse in professional backgrounds but in age, gender, and race as well.
Our members will range in ages from 29 to 78. There will be 24 women and 76 men serving in the 93rd General Assembly. There will be 12 African-American legislators serving in the House.
This body will also bring a range of legislative experience. There will be 16 members serving their first full term and 10 members serving their 6th term.
Of the 100 representatives in the 93rd General Assembly, the House is proud to say we will have 12 who have served in the armed forces.
Each of us represents approximately 30,000 Arkansans. We look forward to updating you during the session. As a reminder, the session begins at noon on January 11. We stream all meetings at arkansashouse.org. 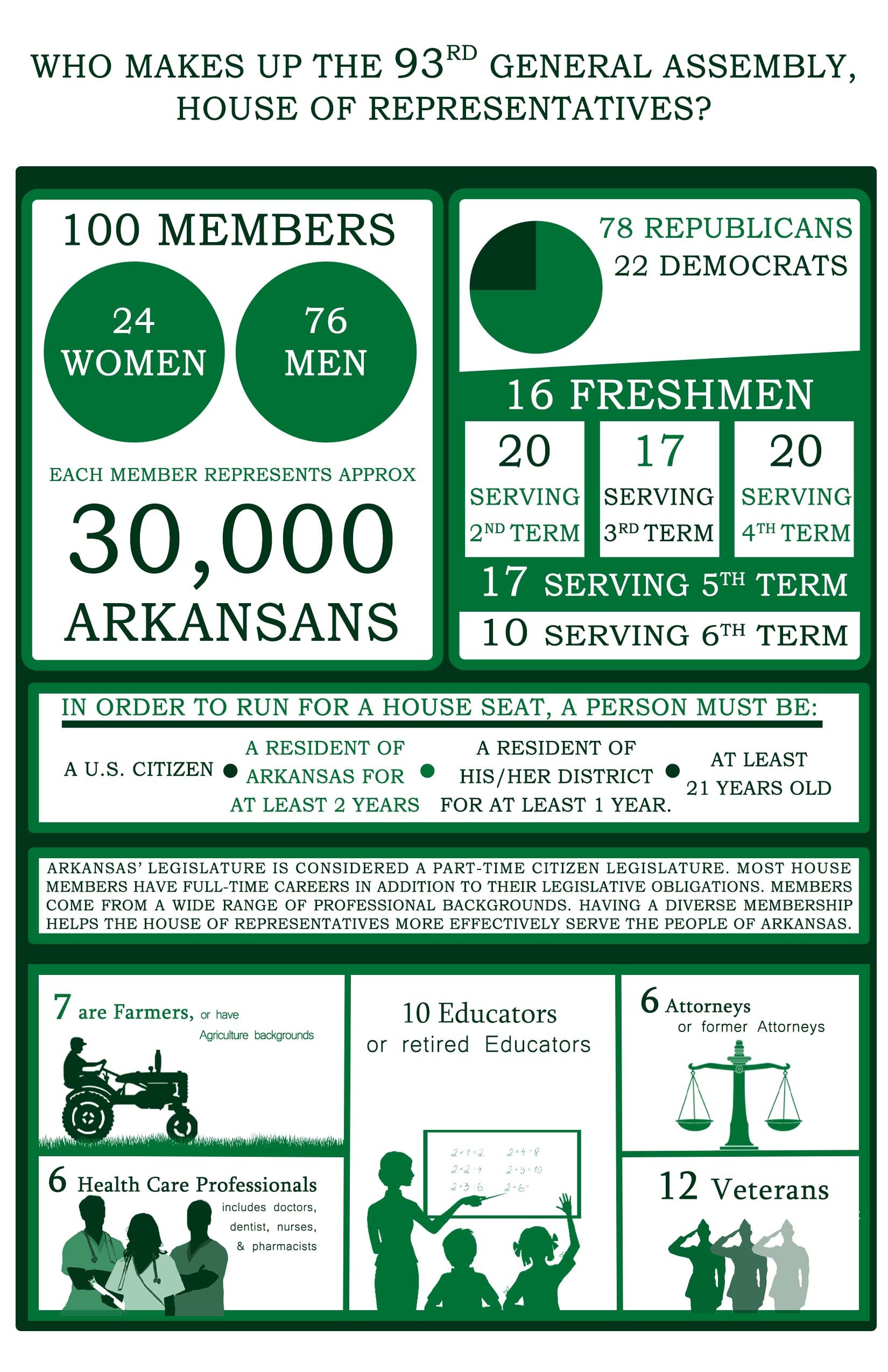