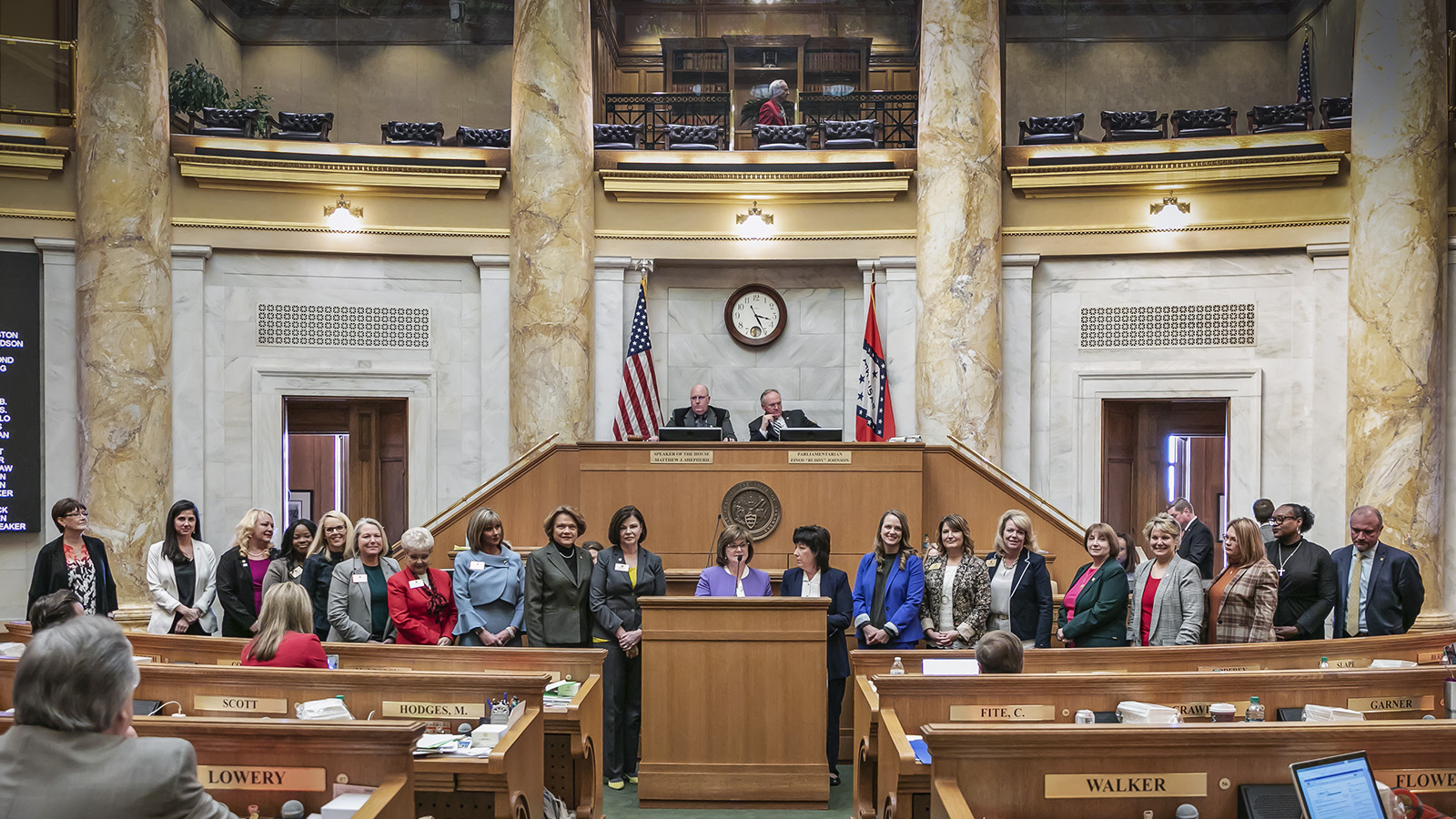 This is a proposed constitutional amendment which would permanently extend a ½ cent sales tax for the purpose of funding state highways. The current ½ sales tax funding highway improvements are set to expire in 2023. If this resolution passes both chambers, it would be on the ballot for voter approval in November 2020. The resolution passed the House with a vote of 67-30.

The House also passed HB1441 which directs the Department of Health to establish the Maternal and Perinatal Outcomes Quality Review Committee. The committee will review data on births and develop strategies for improving birth outcomes.

Arkansas ranks 46th in the nation for infant mortality.

The House passed HB1522 which ensures that soldiers and airmen of the Arkansas National Guard are afforded the same benefits and protections as active duty soldiers when they are called on state active duty.

The House passed HB1407. This bill requires truth in labeling of agricultural products that are edible. The bill states the seller cannot sell the product under the name of another food.

The House also passed HB1278. This bill allows pharmacists to administer childhood vaccines to children age 7 and older under a written protocol by a physician.

The House will convene on Tuesday at 1:30 pm.